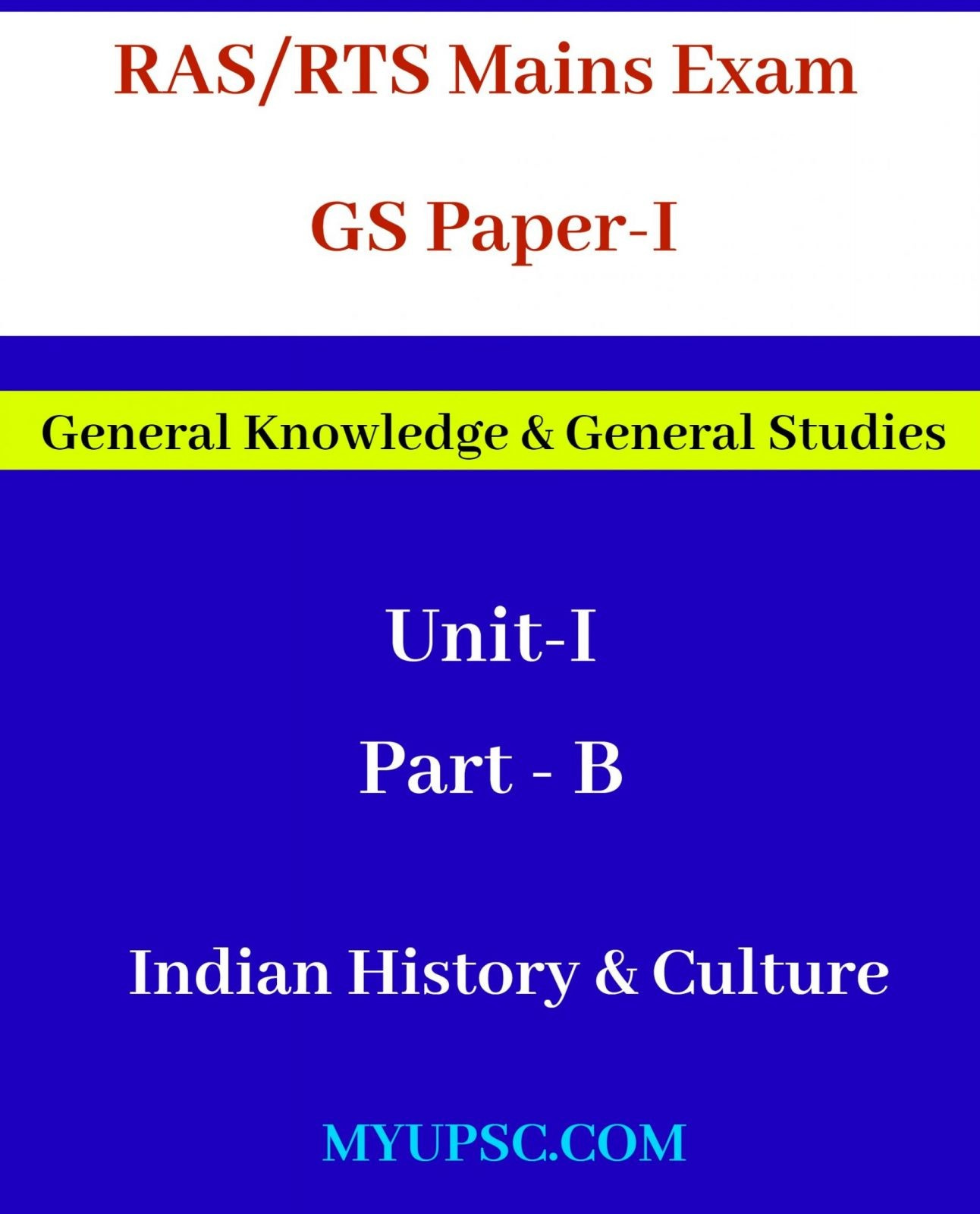 General Studies of Rajasthan-All in One

RPSC RAS Mains Book: India is a nation where you can observe an ideal merged of countless traditions and culture. Indian culture and heritage is so unique and valuable. The customs and traditions practiced in a particular area of the nation are usually influenced by the geographical and climatic conditions of that area as well as spotlight of the area to other cultures. Moreover, there are numerous regions where cultural practices are based on the local needs of the people. Overseas invaders who attacked the country also brought with them their customs and traditions which ultimately merged with the local cultures of India. This merging of cultures created new forms of art, music, dance, and structural design. It is through the art and craft that the enthusiasm, creative power and artistic quality of Indian culture, Indian heritage and Indian cultural values is manifested. Indus Valley society was followed by the Vedic era in India. Vedic era that lasted for about 1000 years from 1500 BC to 500 BC was distinguished by Indo-Aryan civilization and the Vedas, the sacred books for the Hindus. This was the era when a new social government system or kingdoms joined in the civilization known as Mahajanapadas. These were the great kingdoms which joined mostly across the Indo-Gangetic plains. Magadha grew as a main kingdom throughout this age, while Nalanda University became a great learning institution of the world. In around 6th century BC, birth of two great philosophers and thinkers on the land of India gave a new path to history of India. These two thinkers were Gautam Buddha and Mahavira. The philosophies of Buddha and Mahavira spread in main part of India which ultimately led to the birth to two new religions – Buddhism and Jainism. RPSC RAS Mains Book